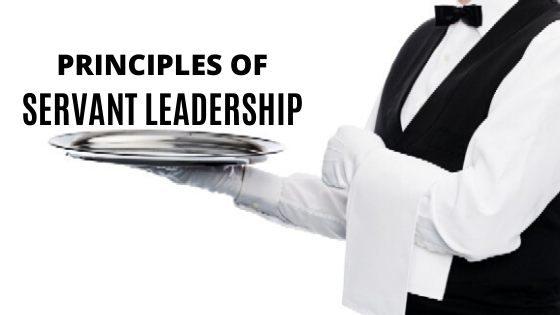 Mostly like everything these days, the idea of leadership had its graceful turn and evolved into something our previous generation or parents would find alien. A couple of decades ago, things were quite simpler. Holding the boss position automatically makes you a leader in the outside world and of course in the eyes of your employees. Today, everybody wears more than one hat, lines are not confined, and holding a boss position doesn’t by default makes you a leader. Leadership is no longer which is conformed at the top. It has penetrated down the organizational structure.
With all of the information accessible today, there’s no sane reason for not to be a better leader. Moreover, being a good leader is not enough; you have to be a servant leader. Servant leadership could be understood as a “philosophy and set of practices that enrich the lives of individuals builds better organizations and ultimately creates a more just and caring world.”

Diversity sums up myriad traits. It’s about more than just gender, race, ethnicity, sexuality, cultural, creed or political and religious beliefs. It’s about thinking different and fresh also. Having a diverse team cultivate a surrounding that people want to be a part of. According to research by Glassdoor, 67 percent of active job seekers said a diverse workplace is important to them when considering job offers, and 57 percent of employers want to make a bigger effort to prioritize diversity. Stats said the all
Servant leadership motivates everybody to think outside the box and considers every aspect when tasked with moving the needle forward. The ultimate say is the byproduct of collective collaboration and exchange of the view. Power never settles with a single person, but with each and every one of the teams contributing to the result. Are your company giving everyone a seat at the table?

Trust is one of the hardest things to rebuild once it’s lost. How can any boss create a culture of trust? By taking transparency and clarity in communication to everyone in the company what the mission is, what values they desire to live by are and what the overall vision picture is.
How can bosses build a higher level of trust? By being crystal clear about everything they are hope and look for. All communications need to be sharp and disseminated to every single level of the organization, top to bottom. If you are not transparent and fail to lead with a clear purpose, no one is going to follow you. Blindly. Being transparent fruits as trust, which has a direct proportion of work performance. Remember, you need trust to be earned, not given.

Keep this in mind, it’s not about you. It never was and can never be. It’s about the people who make it all work and always will be. Ask yourself: Where would you be without the people that make the engine run? One common mistake not so intelligent leaders make is thinking that profits and people are to be treated as separate entities when they should go hand-in-hand. You can’t have one leaving the other, so why keep them separate? Great hero leaders help aids the success of others and make everyone feel valuable because they are and their contributions matter to the overall success of the company.

Develop leadership in others

Leaders who know the power of building a great team understand the need to enrich the next generation of leaders. It is more than just mentoring someone in your midst who has the caliber to take your job one day. With Baby Boomers taking retirement, it is super important that leaders shape the next generation, but they have a tough job ahead. A white paper about HR and millennials states that 63 percent of millennials feel not so confident in leadership development. This is scary for us, because who will be next to take over the businesses when we’re living retirement? If we don’t shape and craft leaders up, the answer will be no one!